The economic cascade of Israeli normalization

After decades of cold relations with most of the Arab world, Israel is finally thawing the waters in the Middle East. With the UAE, Bahrain, and now Sudan joining in normalizing relations with the small but economically powerful Israel, speculation has begun to run rampant. Much of this normalization is driven by a mutual distrust of Iran, who is in an ongoing proxy war with both Israel and Saudi Arabia, but the economic drivers are no less serious.

Despite years of attempts to diversify their economies, most of the Middle East remains entirely reliant on oil. The UAE has seen some success beyond countries like Saudi Arabia, for which oil still represents more than 80% of budget revenues but remains heavily reliant on this singular resource. 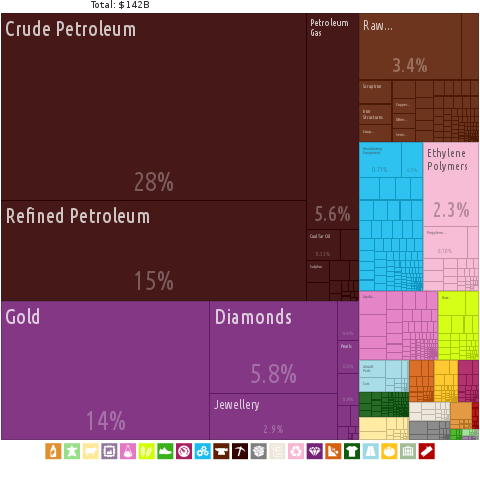 With concern in the western world rising regarding the effects of petroleum on climate change, and even China pledging carbon neutrality by 2060, many leaders in the Middle East see the status quo as a potentially limited window in which they can leverage their oil reserves to catapult themselves into service economies.

Cue Israel. A country which, until the recent discovery of the Leviathan offshore natural gas reserve, had no natural resources to speak of, and yet still created a thriving first world economy. The Israeli commodity is the patent, the startup, the intellectual property that fuels much of the western world with equal importance to the proven fuel reserves found in Saudi oil wells. Perhaps most importantly, Israel is an opportunity for diversification, and the UAE, long regarded as relatively liberal within the authoritarian gulf, seems the logical candidate to head that investment spear.

Intelligence minister Eli Cohen told Reshet Bet radio that he figured trade with the UAE was likely to reach $4 billion in the next several years. With the ink barely dry, a veritable surge of activity has already begun to knit the two economies together, with partnerships announced in the fight against COVID-19, tech investment, and even securing the food supply using advanced Israeli desert agritech.

While both countries certainly stand to benefit, for Israel this partnership is more than just an economic boon: it is room to breathe. Economic ties tend to make war unpalatable as cultural exchange and mutual benefit make conflict particularly punitive. Given the adversarial relationship Israel has been subjected to by its neighbors since its founding, these normalization deals are a relief.

From an economic perspective, such a relief also potentially means increased investment from abroad, both in the public and private sector. Despite Israel's resiliency, one can't help but wonder how much the risk of a major war is "priced in" to local assets, and if a possible surge in investment could result from the decrease in risk associated with recent events. Further fueling the speculative flames, it is rumored other major players are looking for a path to normalization, including Saudi Arabia.

Given Israel's information economy and the raw resources of the Saudi monarchy, such a union is truly the metaphorical "white whale" of the gulf. As the largest economic and military power in the area, many countries in the region take their cues from the Crown Prince and would feel much safer jumping on the normalization bandwagon if Saudi Arabia did so first. With recent polling showing the majority of Saudi's in favor of normalization it would seem that such a move is inevitable.

The question of cooperation between Israel and the gulf states has at last moved from one of "if" to one of "when", something many did not expect to see in their lifetimes. This is truly great news for everyone in the region, improving the security situation and creating economic ties that could finally bring results to the gulf monarchs seeking to diversify their economies before they are whittled into irrelevancy.